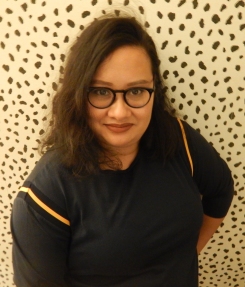 Michelle is a media-maker, storyteller, and new mom based in Los Angeles. With over a decade of experience in the industry, Michelle currently serves as the managing editor for the online magazines Everyday Feminism and the newly launched Woke.

She was formerly an editor at Fusion Media and New America Media, as well as a producer for the PBS featured docu-series, “Maria Hinojosa’s America By The Numbers.”

She received her bachelor’s degree in journalism at California State University, Long Beach, and her master’s in public affairs journalism at University of Maryland, College Park, where she served as the Howard Simons fellow for the Washington Post.

Q: Tell us about your current work.

A: I am currently the managing editor for two publications. The first, Everyday Feminism, is one of the world’s most popular feminist digital media sites in the world with millions of viewers across 140 countries. Everyday Feminism has been known for its unique, inside-out approach to applied intersectional feminism.

The second, Woke, is an upcoming digital media company and creative agency that features content that creates spaces for underrepresented communities to showcase stories that speak to their authentic lives. We connect tech-savvy, multi-cultural Millennials to content on identity and culture shift and are set to launch in August.

In my over 15 years of working in the journalism industry, I’m proud to say that while my storytelling has taken on many different iterations, my commitment has always stayed the same: to tell stories that amplify voices that are not often heard in mainstream media.

Q: What’s your favorite story or project you’ve ever worked on and why?

A: My favorite project I’ve worked on is running a local youth media organization called VoiceWaves. Under my helm, I was able to grow a six-person blog to a vibrant community media organization with a multimedia website and print newspaper that was translated into 16 different languages with hundreds of youth reporters producing content about their communities.

A: I was once lucky enough to interview the dynamic legendary journalist Helen Thomas at a conference once 10 years ago. I hadn’t known much about her until I was assigned to interview her, but of course, when I talked to her, she delivered.

In a climate when journalists weren’t asking hard-hitting questions she told me, a young journalist just forming my path, not only to not be afraid to be a bold objector to injustice, but that it was my duty as reporter. At 87 years old, her example and brash attitude inspired my then 23-year-old self to trust my gut and to never compromise my beliefs.

Q: Advice you would give to an aspiring features journalist/student?

A: Keep at it. The ever-changing media industry is getting more difficult to survive in as a journalist. Instead of aspiring to work at legacy institutions with some job security, journalism has sort of become like a gig economy where freelancing and short contract jobs have become the norm. But if you keep going, even at the hardest times, I truly believe that you’ll find that gold at the end of the rainbow. Even if it means that gold will look like cultural shifts instead of actual, literal money.

I truly believe that if we provide what the world is calling upon to offer and we do that well, we can financially sustain ourselves.

Q:  We all read serious journalism! But what are some of your favorite fun/guilty pleasure reads/social media feeds?

A: I religiously follow Wendy Williams and 105.1 The Breakfast Club. And I have no guilt whatsoever about it, but Teen Vogue is killing it and is serious journalism.

Q: What book is on your nightstand right now?

Q: Because we love recommendations, what are some of your favorite restaurants — from hole-in- the-wall to let’s-dress- up-and- go-out kind of dining — in your town?

Thai food is my favorite food and here in L.A., we have the best of it. For cheap street food eats, I go to the late night spot, Sanamluang Cafe. I’ve been going there for years and it’s open till 4 a.m. The garlic pepper tofu over rice with a fried egg is life.

For mid-priced Thai, it’s all about Wat Dong Moon Lek. The place has grown, and the clientele has become more transplant-y thanks to the cute pop culture art and attractive Thai waiters, but the food is damn good. Get anything on the menu and don’t second-guess getting a slushy. They always do you right.

For (modern) fine dining, make a reservation at Night+Market. One order of the “ice cream sandwich,” which is condensed milk ice cream sandwiched between grilled sweet bread and fried mung beans on top, won’t be enough. I guarantee you’ll at least need to order two. Other standouts are the crab fried rice and the oxtail. The food is unforgettable. 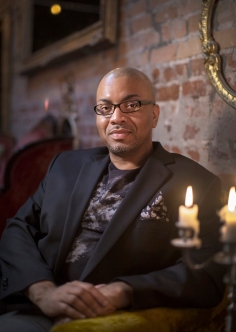 Rashod is an award-winning culture critic and author from Little Rock, Ark. He’s currently the staff culture critic and entertainment writer for the Virginian-Pilot in Norfolk, Va. He’s also been a staff critic at the Baltimore Sun, the Philadelphia Inquirer, the Dallas Morning News, and the Journal News in Westchester, N.Y. His literary debut, “Soul Serenade: Rhythm, Blues; Coming of Age Through Vinyl,” was published in 2016.

Q: Tell us about your current work.

A: I’m the culture critic and entertainment writer at the Virginian-Pilot. I average about three to four pieces a week, from critical essays to longer narrative stories for the Pilot’s Sunday Magazine.

My literary debut, “Soul Serenade: Rhythm, Blues; Coming of Age Through Vinyl,” was published in January 2016 by Beacon Press/Penguin Random House. Critically well-received, it was released in paperback last January.

A memoir written like a novel that centers on my childhood in central Arkansas in the 1980s and early ’90s, the book blossomed from a piece I wrote for the Sunday Magazine. I’ve tentatively started another project, a novel about a mother and son imprisoned by their relationship.

Q: What’s your favorite story or project you’ve ever worked on and why?

A: Writing my book, something I did in an almost clandestine way, was rewarding creatively and, given the subject matter, emotionally. Three years ago at the Pilot, I wrote a serial project, “The 25 Greatest Musicians of Hampton Roads,” in which I contextualized the careers of famous and unsung musicians from various genres with roots in Virginia.

A: Donna Summer. She was the first celebrity interview I was assigned when I started
out as a music critic intern about 20 years ago. I did what no reporter is supposed to do: I started the interview gushing over her and going on and on about how much I loved her music, being the totally obnoxious fan. But she was so nice and graciously steered me back to the matter at hand: the interview. Ten years later when I interviewed Summer again, I was very seasoned and knew what the hell I was doing.

She remembered our encounter a decade earlier, and, again, she was so kind and encouraging. She didn’t have to be, but she was.

Q: Advice you would give to an aspiring features journalist/student?

A: Read everything — features, poetry, novels, nonfiction, whatever. Study well-written pieces and take them apart, analyzing what makes them work, and fold some of those techniques into your own writing.

Q: We all read serious journalism! But what are some of your favorite fun/guilty pleasure reads/social media feeds?

A: I read those inane Buzzfeed lists.

Q: What book is on your nightstand right now?

A: I have several because I’m forever behind on my reading. Currently on the nightstand: “Selected Poems” by Gwendolyn Brooks, “Home,” by Toni Morrison, and “Life on Mars,” by Tracy K. Smith.

Q: Because we love recommendations, what are some of your favorite restaurants — from hole-in- the-wall to let’s-dress-up-and-go-out kind of dining — in your town?

A: I don’t dine out too often in Hampton Roads, Va., because the area, basically seven sprawling suburbs connected by bridges and tunnels, is overcrowded with way too many chain restaurants. I do a lot of cooking at home, but there’s a great Chinese joint, MeiZhen, up the street from my place. I’m in there so much they know my face and know my order before I even place it. 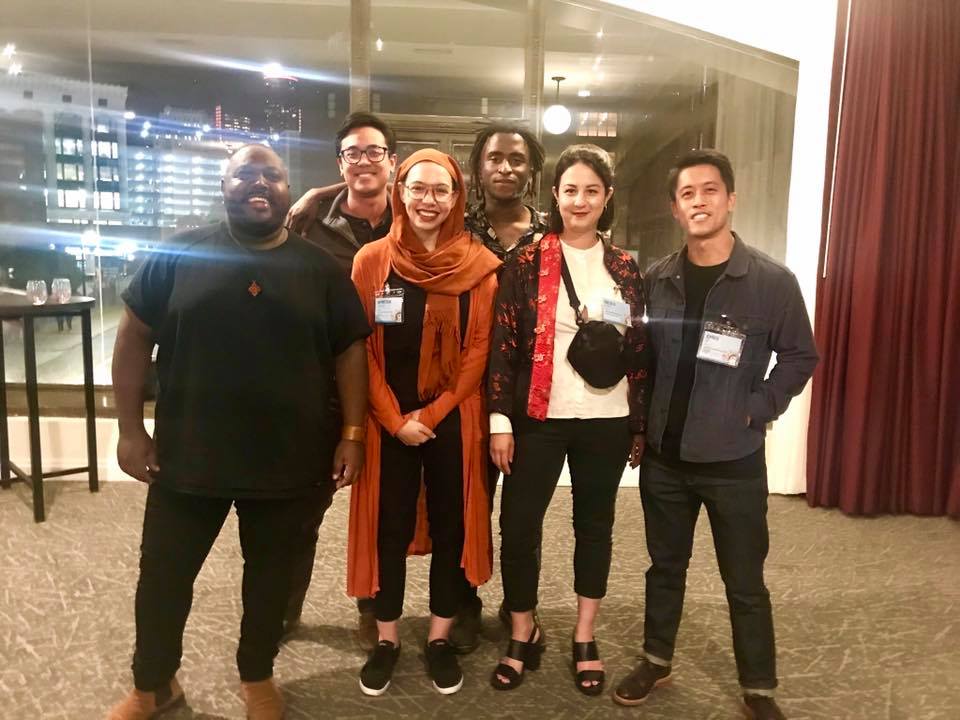