Jim is the retired features editor at The Virginian-Pilot, where he finished his career of 35-plus years in journalism. Along the way, he was a reporter, copy editor and designer. But the best part of the job was helping to tell engaging stories. He’s the co-author of the “Food Lover’s Guide to Virginia” (Globe Pequod Press, 2013). He spent time at the Salina Journal and Hays Daily News in Kansas, where he graduated from Fort Hays State University.

Margaret is an editor with Atlantic Media Strategies. She previously led a team of reporters at PBS NewsHour and ESPN, and was a features editor at the Amarillo (Texas)  Globe-News. Margaret is a graduate of the University of Michigan.

is features editor at the Austin American-Statesman. She leads a team of passionate writers and editors who cover the culture and lifestyle of Austin, Texas. She previously was entertainment/food editor at the Statesman, leading the launch of Austin360 in print and online. She has also been assistant features editor at The Kansas City Star and Salem (Ore.) Statesman-Journal. 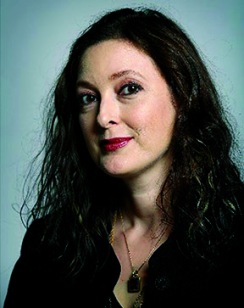 Emily is the features editor and The Spice of Life columnist at the San Antonio Express-News. In the many years she has worked at the paper, she has held various titles, including travel writer, fashion editor, real estate editor, and the most recent, business editor. She also worked for a year in the middle there as the public relations manager for Neiman Marcus San Antonio. Spicer graduated from the University of Texas in Austin in 1998 with degrees in journalism and Plan II (a liberal arts honors program.)