Denise Watson has been a reporter for The Virginian-Pilot for 22 years and spent one muggy one at the Tampa Bay Times in Florida. She’s written about the famous, including Maya Angelou and music mogul Dr. Dre, and the infamous (anyone remember knife-wielding Lorena Bobbitt?). But she prefers stories of everyday life and folks, such as a couple learning to dance for their wedding and a man who still repairs typewriters in the computer age. She has won national and state honors for feature and education writing, including a first place award from SFJ, when it was known as the American Association of Sunday and Feature Editors.

Tell us about your current job. I am a general assignment features writer so I write about life, such as revisiting Freedom Summer 1964 to writing about a group of 70- and 80-year-old shag club members who know how to party.

What are some of the favorite stories you’ve covered? I have so many. A couple: Hanging out at a “Cringe Night” party where strangers got together and read their junior high diaries and love letters and, well, cringed. Two local guys who piled whatever food they could find into a van and traveled to neighborhoods to feed kids and listen to the young folks’ problems.

What are some of the most challenging stories you’ve covered? My 12-part series on the John Walker spy ring. Three of the men were local and created one of the most damaging military security breaches in history.

Why is features journalism important to you? It is all about sharing stories; sharing lives.

How has journalism changed for you since you’ve been a reporter? To me, only the platforms have changed. The craft is still the same: Give people information and stories they want to read.

Do you have a dream job or assignment in mind? I have the dream job.

What do you hope to get from the SFJ conference? Learning how to get better at my dream job. 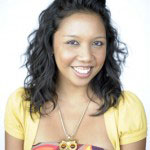 Mariecar Mendoza is a Features Digital Editor for the Los Angeles News Group, specializing in the topics of music, food and festivals. She was a Chips Quinn Scholar in 2007, and has been an active member of the Asian American Journalists Association since 2006. Follow her at @LANGMarMendoza.

Tell us about your current job. I recently marked my first year as the features digital director for the Los Angeles News Group, which owns nine publications in Southern California from Long Beach to Los Angeles, the San Gabriel Valley and the Inland Empire. I have a specific focus on music, food and festivals. In my role, I assign and edit stories as well as post them on our websites and share them on our social media platforms such as Twitter and Facebook.

What are some of the favorite stories you’ve covered? One of my most favorite stories was when I followed an uncle and his nephew for about six months as the uncle trained to bike across the country to raise money and awareness of his nephew, Jared, who has muscular dystrophy. The story package was called “Journey for Jared” and included three separate stories with a video that I worked on with my colleague who just polished it into this amazingly heart-warming piece. The story itself was an emotional one for several reasons. I celebrated the Jared’s 21st birthday with him and the family, a birth date his doctor said he would never reach. It was a lot of pressure to make sure I told the story right, but in the end I was really proud of it.

How has journalism changed for you since you’ve been a reporter? Immediacy is more important than ever when it comes to live events from concerts to food festivals and more. Also, print journalists aren’t really print reporters anymore. The word “story” in the newsroom has a different meaning these days. Sometimes when discussing story ideas with reporters and fellow editors, we’re not talking about traditional narratives but instead a 4-inch copy block with hyperlinks, an embedded Storify and a photo gallery.

Do you have a dream job or assignment in mind? I’m pretty much living my dream job. I get to cover – or help manage coverage for – some of the biggest events in Los Angeles, the entertainment hub of the country. Would I like to go to fewer planning meetings and maybe sleep in more during the week? Of course. But I’m pretty much doing what I said I wanted to do when I was a 16-year-old writing for the Entertainment section of my high school newspaper.

What do you hope to get from the SFJ conference? I really hope to strengthen some of my skills as a features writer by learning from the best at SFJ so that I can bring those lessons back to my newsroom to help our writers grow. As a relatively new editor, I’m also hoping to learn some valuable managerial skills and strategies. I’m just excited to be around such diverse, like-minded, passionate features journalists who I can use as a sound board for my ideas too.